Why Is My Child’s Breathing Noisy? About Laryngomalacia

Sometimes, it’s recognized as soon as a baby is born. Other times, it isn’t diagnosed until snoring is keeping an older child from a good night’s sleep. The most common cause of noisy breathing in children is laryngomalacia, an obstruction of the vocal cords. Obstructed breathing sounds frightening, but in 85 to 90% of cases, the condition resolves itself with time. For other cases, a procedure called supraglottoplasty can address the structural abnormally getting in the way of your child’s air. 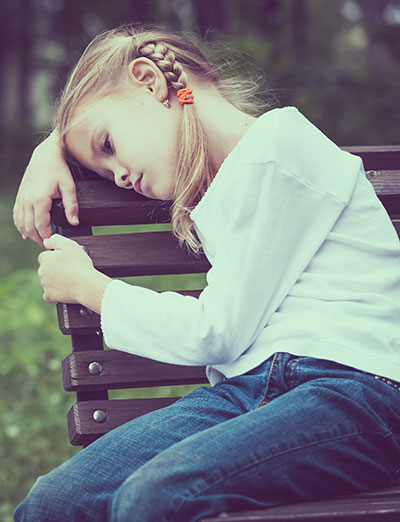 Your child’s vocal cords are made from ligaments and folds of tissue nestled in the trachea, or windpipe. They create a pyramid-shaped space that air passes through. As the space expands and contracts, air flow is altered to create the unique sound of your child’s voice.

Every once and a while, a child is born with an excess flap of skin over the vocal cords or weakness in the cord’s structure that makes it collapse on itself. This is called laryngomalacia, (pronounced la-rin-go-mal-a-sha). Tissue flops over the opening to the vocal cords your child inhales, creating a squeaky sound known as stridor. In some children, it’s most pronounced when they’re sleeping and comes out as a squeaky snore.

There are several types of laryngomalacia, each defined by where the problematic tissue is. Some examples include:

Oftentimes, the best treatment plan is to wait. The squeaking stridor worsens around 4 to 8 months, then starts to resolve itself by 18 to 20 months. The structures strengthen on their own, and your child outgrows any excess tissue.

More serious cases warrant surgical intervention. In these instances, your child might not be able to get enough oxygen or could develop acid reflux (GERD). GERD presents as unusually frequent spit up. Low oxygen levels can appear as “blue spells,” or a blueish tinge to your child’s lips, skin or nails, especially after sleeping.

Acid reflux and laryngomalacia often aggravate one another. GERD inflames throat tissues, worsening throat obstructions. As your child tries to breathe against the obstruction, it creates a “vacuum” that pulls stomach contents into your child’s throat and mouth. These conditions can make it difficult for infants to feed and thrive. Your doctor will monitor your child’s weight carefully to determine if surgery is necessary.

In both infants and some older children, laryngomalacia can cause sleep apnea. Our airways completely relax when we sleep. For children with laryngomalacia, this makes it easy for airway obstructions to slump and completely block airflow. The struggle to breathe wakes your child up over and over again.

Sleep apnea can create more problems than groggy, crabby mornings. Insufficient rest and low oxygen levels can can lead to heart problems, high blood pressure and breathing dysfunction. Older children who get insufficient sleep are also more likely to have behavioral difficulties and trouble in school.

For children that need surgical intervention, supraglottoplasty is the most likely treatment recommendation. The procedure takes about an hour and is done through your child’s mouth with the help of an endoscope, or small camera on the end of flexible tubing.

Supraglottoplasty is a microscopic procedure done with either fine instruments or a laser. Excess tissue is removed, and the epiglottis might be tacked to the base of your child’s tongue to keep it from folding in on itself.

After surgery, we’ll monitor your child’s breathing during an overnight hospital stay. They may need a ventilator to help them breathe, and some children need an extra day or two in the hospital.

What Can I Expect After Surgery?

Supraglottoplasty is well-tolerated by most children. Your child will be able to eat and drink normally as soon as they get home, and you might even notice them eating and drinking more readily than ever. It’s important to administer the prescribed antacids to prevent stomach acid from aggravating the surgical area.

After surgery, about 4% of our patients develop spontaneous incidents of coughing or choking during feeding. Children with other health concerns, such as those born prematurely or with heart conditions, seem to be at a higher, 20% risk. The issue usually resolves itself within one to two months.